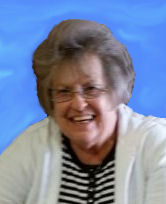 Please share a memory of Josephine to include in a keepsake book for family and friends.
View Tribute Book

In 1954, Josephine, who went by JoAnne was united in marriage with Paul Berry in Newton, Iowa.  They later separated. In 1967, she was united in marriage with Ervin Stier in Newton, Iowa.  JoAnne worked as a rehab aide for Capstone Behavioral Healthcare for twenty-seven years. While working at Capstone, JoAnne was affectionally known as Mamma Jo and developed a very special friendship with her work colleague Trina Mullikin. Her career was dedicated to teaching life skills to her clients, who she considered her second family. JoAnne would often go above and beyond and spend her free time baking birthday cakes for every client at Capstone and donating her time to cook holiday dinners and attend holiday events. JoAnne strongly believed that everyone deserves recognition and celebration. JoAnne’s dedication to her community did not stop at Capstone. She was the president of the Clothing Closet, a volunteer program in Newton, dedicated to providing clothes to those in need. JoAnne was a member of Sacred Heart Catholic Church in Newton. Outside of work and voluntarism, JoAnne enjoyed spending time with her family and was fond of card games, listening to music, and Chinese checkers.

JoAnne died Saturday August 13th, 2022, at her home in Newton.  She was 86 years old.  JoAnne was preceded in death by her parents, her brother Jack Mallory, her children Kathryn Berry, Donald Berry, Kassi Stier, and her husband, Ervin.

Services will be held at Pence ~ Reese Funeral Home in Newton, IA, Thursday, August 25th, 2022. The family will welcome friends from 10:00 am until 11:00 am. Funeral services will follow at 11:00 am. Interment ceremony will be held at Newton Union Cemetery. Memorials may be designated in JoAnne’s name (Please make checks payable to Paula Mick) and may be left at the funeral home or mailed to 428 S 5th Ave West, Newton, IA 50208.

To send flowers to the family or plant a tree in memory of Josephine Stier, please visit Tribute Store
Print
Thursday
25
August