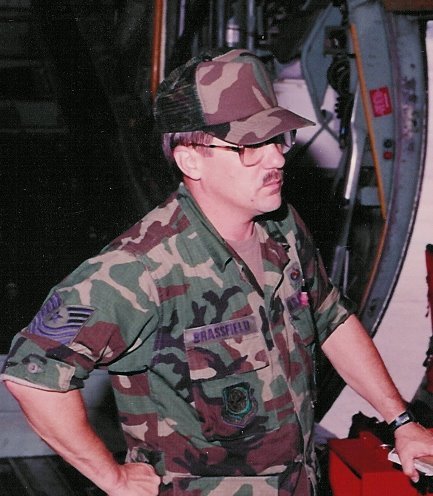 On March 18, 1980, Bruce was united in marriage with Debbie Lou Price in Arkansas.  Bruce was career military, serving from 1972-1992.  He retired as a Master Sargent Crew Chief of a C-130.  During retirement, Bruce started Brassfield Computer Repair.  Bruce enjoyed computers and NASCAR racing.  He was a member of the Jasper County Vietnam Veterans; the V.F.W., Newton Post #1655 and the American Legion, Newton Post #111.

Bruce died on Wednesday, June 23, 2021, at his home in Altoona, Iowa.  He was 66 years old.  Bruce was preceded in death by his father Ole Brassfield and his brother, Kenneth Brassfield.

Funeral services will be held at 11:00 a.m., Monday, June 28, 2021, at the Pence ~ Reese Funeral Home in Newton.  The family will greet friends from 10:00 a.m. until service time.  Memorials may be designated to Disabled American Veterans and may be left at the funeral home.

To send flowers to the family or plant a tree in memory of Bruce Brassfield, please visit Tribute Store
Print
Monday
28
June