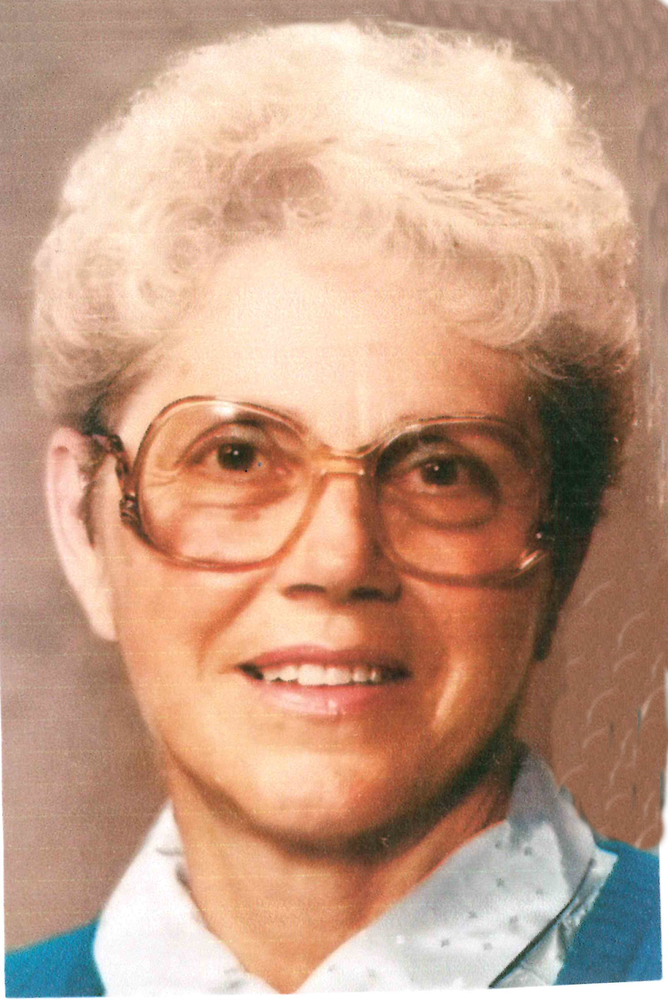 A time of remembrance and celebration of life will be 1:30 p.m., Monday, July 20, 2020, at the Pence ~ Reese Funeral Home in Newton, who are entrusted with the arrangements. Visitation will be an hour prior to the services, with burial in Palo Alto Cemetery.

In lieu of flowers memorials may be designated to the Newton Salvation Army or to a charity of your choosing.

Harriet Irene Morgan, 94, the daughter of Clyde and Evelyn May (Botsford) Gardner, was born March 7, 1926, in Reasnor. She had attended Newton Schools.

On September 29, 1945, Harriet was united in marriage with Joseph Eldred Morgan, of Newton, in Sacramento, California. She devoted her life to her family and was employed part-time at Maytag Dairy Farm and the deli department at Easter's Super Value. In her later years she was the manager of the Salvation Army thrift store and also sold Avon. She was a member of the Newton First United Methodist Church, enjoyed the outdoors, gardening, flowers, garage sales, swing dancing and ringing the Christmas bells for the Salvation Army. She was an avid bowler and enjoyed cooking and going fishing with Joe.

Harriet was preceded in death by her parents; her husband Joe on Aug. 27, 1994; her son Steven on Nov. 15, 1995; her sisters Claudine, Evelyn and Marge; brothers: Johnnie and Clyde Gardner Jr.; and a half-brother Robert. {Due to state and federal guidance on gatherings, due to the COVID-19 pandemic, facemasks are encouraged at the services.}

To send flowers to the family or plant a tree in memory of Harriet Morgan, please visit Tribute Store
Monday
20
July

Share Your Memory of
Harriet
Upload Your Memory View All Memories
Be the first to upload a memory!
Share A Memory
Send Flowers