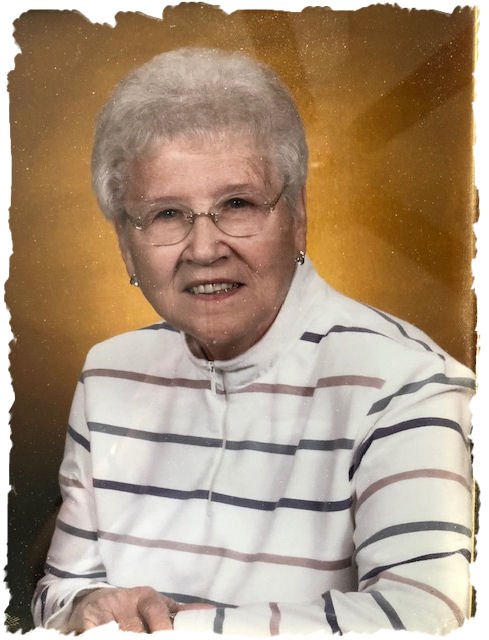 Obituary of Joanna B. Peterson

A Funeral Mass for Joanna will be 11:00 a.m., Tuesday, June 30, 2020, at the Sacred Heart Catholic Church in Newton, Father William Reynolds officiating. Pence ~ Reese Funeral Home in Newton, has been entrusted with the arrangements. Memorials are being designated to Joanna's family. Burial will be in the Palo Alto Cemetery.

Joanna B. Peterson, 88, the daughter of Albert and Teresa (Fritz) Pacha, was born August 15, 1931, in Jefferson County, Iowa. She graduated from high school in Pleasant Plain, Iowa, Class of 1949.

On June 6, 1953, Joanna was united in marriage with Harry E. Peterson in East Pleasant Plain. Moving to Newton in 1951, She was employed by Stocktons Grocery, Easters Grocery Store and later by the Maytag Company. She devoted her life to her family, grandchildren and great-grandchildren. She was a member of the Sacred Heart Catholic Church, Red Hats, Topps. UAW #997 Retirees and Jasper County Senior Citizens. She enjoyed making cooking, quilts, reading, fishing, camping, playing cards, Pooka music and going to Texas with Harry.

Joanna passed away on Thursday, June 25, 2020, at her daughter's home in Kellogg. She was preceded in death by her parents; husband Harry on Aug. 28, 2011; brothers: Jerome in infancy, Robert, Walter and Gerald; and a sister Geraldine Scheller.

Those left to honor Joanna's memory include her sons: Gary (Violet) Peterson of Newton and David (Sue) Peterson of Newton; daughters: Linda (Ed) Ettelson of Newton and Joyce (Chuck) Peck of Kellogg; twelve grandchildren and fifteen great-grandchildren; brothers: Donald Pacha, Maurice (Katherine) Pacha, and Merle (Mary Ann) Pacha; her sisters: Mary Catherine Adams and Edna (Don) Sieren; and her many nephews, nieces and friends. {Due to state and federal guidance on gatherings, due to the COVID-19 pandemic, facemasks are encouraged at the services.}

To send flowers to the family or plant a tree in memory of Joanna Peterson, please visit Tribute Store
Tuesday
30
June

Share Your Memory of
Joanna
Upload Your Memory View All Memories
Be the first to upload a memory!
Share A Memory
Send Flowers