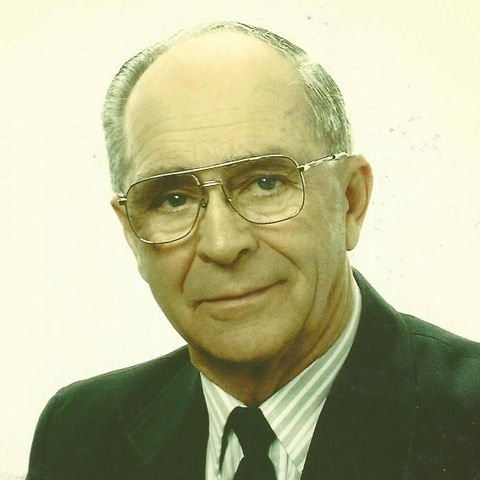 Max H. Worthington, born July 25, 1930 (89), in Pleasantville Iowa, went to be with the Lord and his loved ones, and friends in heaven at his home in rural Newton on June 20, 2020.   Max grew up in rural Pleasantville with his father Howard and his mother Ethel along with 3 brothers and 2 sisters. He attended school and lived in Pleasantville until moving to rural Newton in 1959.  Max married his wife Donna in 1958.

Max was a lifelong farmer in the Newton area.  Max was very sociable and received great joy from his jobs, as a Lake Patrol officer, at Lake Red Rock, as Board President and then General Manager of the Jasper County Water Assn., as a charter bus driver for Hawkeye Stages, and as a Jasper County Supervisor for two terms.   Max served as a Deacon and Elder at the Monroe Presbyterian Church.

In his early years, Max played catcher for a fast pitch softball team at Percy.  Later in life, Max enjoyed working on the farm, driving the combine and helping make hay.  Max was a morning person rising at 4:30 every day to be the first in the door at Newton Family Restaurant, where he met his friends for breakfast and visited with the other customers.  Max enjoyed gardening, especially growing tomatoes so he could bless people with fresh garden tomatoes.  Each year he would raise between 80 and 100 tomato plants and give most of the harvest away.   Max loved to drive, making many trips to Sam’s club and his favorite, Mill’s Fleet Farm.  He would never say no to making a repair parts run for Brad no matter how far it was.  Max and Donna enjoyed going for drives many times stopping at one of their favorite restaurants, including his favorite, The Cratty Shack in Colfax.  Max and Donna enjoyed traveling, visiting every one of the 50 states through their life together.  Max had a Yellow Lab named Jack that he enjoyed immensely and would often take him along for rides.

Those left to honor Max’s legacy include his wife, Donna, his two daughters, Becky Vrban of Englewood, CO., Cindy (Jerry) Webster of Tucson, AZ. His three sons, Dwight “Pete” (Becky) Worthington of Aurora, CO. Joel (Karen) Worthington and Brad (Michele) Worthington both of Newton.  his brother, Allen “Craig” (Elaine) Worthington of Ames, his sister Roseann (Dave) Johnson of Columbia Mo. and his sister in-law Sheri Downs of Pleasant Hill, IA., many grandchildren, great grandchildren, family and friends. Max was proceeded in death by his son, Douglas in child birth, his father and mother, Howard and Ethel, his brothers, Carroll and Larry,  his sister, Shirly Crane, his brother in-law, Richard “Dick” Downs,  and his grandson, Efrain Worthington and extended family members.

A family only funeral will be held at the Pence-Reese Funeral Home on Saturday.  A Facebook broadcast of the service will begin at 10:00 a.m. Saturday, July 27th on the Pence Reese Funeral Home & Cremation Services Facebook page.  A drive by visitation will take place Friday, June 26, from 5:00 to 7:00 at the Worthington Home at 5005 E 36th St S.  Please approach from the north only.  Memorial contributions may be made to Newton Christian School or the Monroe Presbyterian Church.

To send flowers to the family or plant a tree in memory of Max Worthington, please visit Tribute Store
Print
Friday
26
June