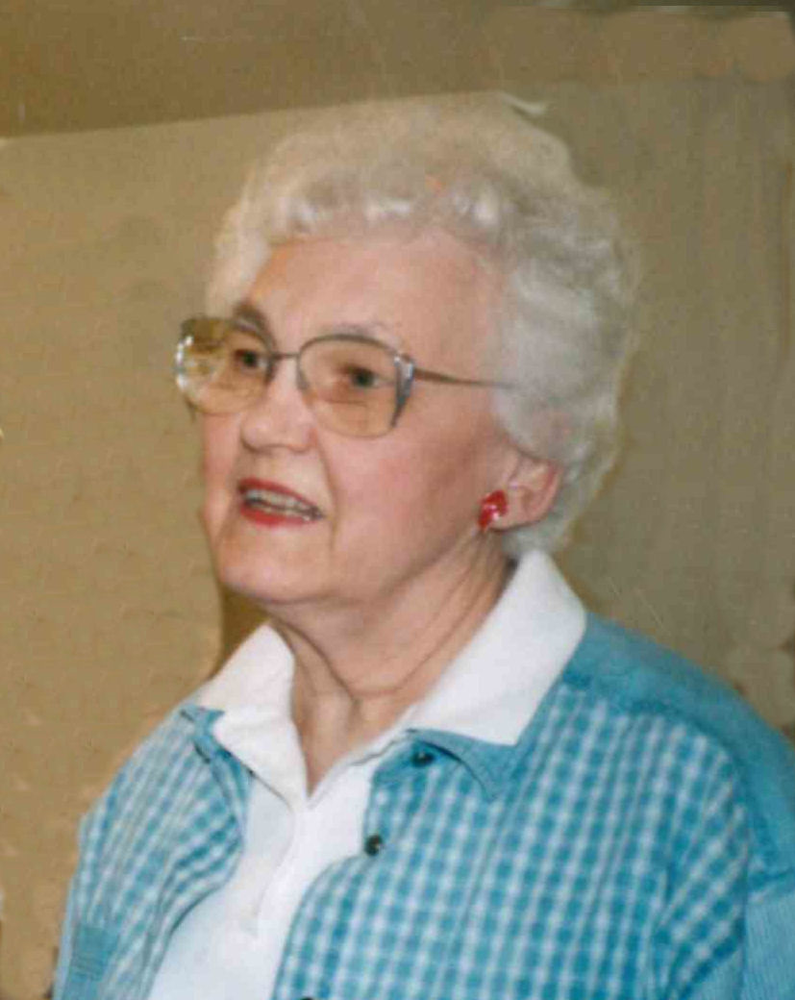 Joan passed away on Saturday evening, May 9, 2020, at Park Centre Health Care in Newton.  The Pence ~ Reese Funeral Home in Newton, is entrusted with the arrangements.  Burial will be in the Union Cemetery, near Maquoketa, Iowa.    In lieu of all flowers, memorials may be designated to National Parkinson Foundation (PO Box 9254, Uniondale, NY  11555-9254), or to a charity of your choosing.

Pearl Joan Boelman Kinrade, 93, the daughter of Ben and Anna (DeVries) Boelman, was born August 15, 1926, near Wellsburg, German Township, Iowa.  She was a graduate of the Wellsburg Schools and attended the University of Dubuque.  She later taught first grade in the Jesup Public Schools.

On January 19, 1957, Joan was united in marriage with Alvern John Kinrade in the Aplington Presbyterian Church.  She was a member of the Newton First United Methodist Church, and an active member of the United Methodist Women.  Joan devoted her life to her husband and family. Always supporting her husband’s ministry, she actively and lovingly served behind the scenes in each church Al pastored.  During their marriage, they lived and served together in LeMars, IA, Fremeont, CA, Oskaloosa, IA, Clear Lake, IA, Sioux City, IA, Swea City, IA and Prairie City, IA.  They retired and settled in Newton in 1992.

Joan is survived by her husband of 63 years, Al; her sons and daughters-in-law: David (JoAn) Kinrade of Newnan, GA and Scott (Amy) Kinrade of Mishawaka, IN; her grandchildren: Jonathan, Stefan, Malia, Emily and Rachel; her great-grandchildren: Riley and Harper; her siblings, Leona Vigars, Lois Lumley, and Robert Boelman;  and many neighbors and friends.  Joan was preceded in death by her parents, and siblings George Boelman, Folkert Boelman, Tillie Johnson, Helen Graham, and Ben Boleman and her sister-in-law Maxine Beck, who was more like a sister to Pearl.

Joan will be remembered for her strong faith, her devotion to her family, and her love for others.  She exhibited that love and faith through the gift of hospitality, frequently inviting and entertaining many guests in their home. Joan was thoughtful and caring, always thinking of others before herself.   Family and friends looked forward to  her excellent cooking and their favorite dishes, in a meticulously kept household.  Joan was especially attentive to friends, neighbors and those who were experiencing challenging circumstances, sending many letters and cards of encouragement or staying in touch through phone conversations.

Due to state and federal guidance on gatherings due to the COVID-19 pandemic, the family will be having a memorial service at a later date at the Newton First United Methodist Church, conducted by Pastor JoAn Kinrade and Pastor Paul Smith.