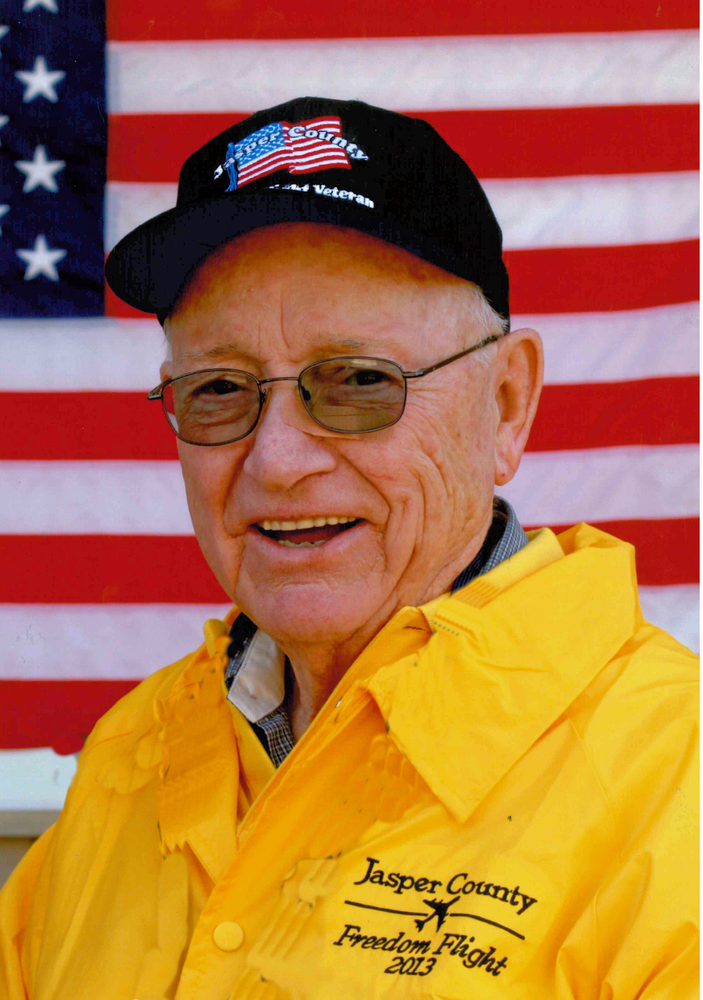 A time of remembrance and celebration of life will be 1:30 p.m., Tuesday, November 5, 2019, at the Pence ~ Reese Funeral Home in Newton, who are entrusted with the arrangements.  Visitation will be an hour prior to the services, with burial in Our Silent City Cemetery in Kellogg.  In lieu of flowers memorials may be designated to Raymond’s family, or to a charity of your choosing.

Raymond Arthur Simpson, 94, the son of Moses E. and Ruby “Dobbs” Simpson, was born February 20, 1925, in Grinnell.  He was a graduate of the Kellogg Senior High, Class of 1943.  He served his country during World War II, with the US Navy.

On November 3, 1946, Raymond was united in marriage with Barbara Ann “Shortie” Ladd in New Sharon.  Ray was employed by the Maytag Company, retiring in 1987 as Inventory Controller.  He was a member of Kellogg United Methodist Church, played and managed the Kellogg Cardinal Baseball Team, and managed Kellogg Babe Ruth.  He enjoyed watching all sports, St. Louis Cardinals, the Iowa Hawkeyes, gardening, and most important was his wife and his family.

Share Your Memory of
Raymond
Upload Your Memory View All Memories
Be the first to upload a memory!
Share A Memory
Send Flowers