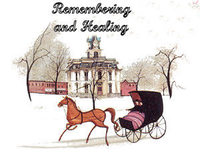 Dorothy June Ulrey 84, passed away Wednesday morning, April 7, 2021, at MercyOne Newton. There are no funeral services for Dorothy planned at this time. In lieu of flowers memorials to the Newton Salvation Army or her family, are being designated. Burial will be in the Newton Union Cemetery in Newton. Pence ~ Reese Funeral Home in Newton, have been entrusted with the arrangements. In Dorothy, the daughter of Elmer L. Mills and Genevieve Pinegar, was born March 19, 1937, in Newton. She had attended the Newton Schools. On July 2, 1983, Dorothy was united in marriage with Mike Ulrey in Newton. She had devoted her life to her husband and family and attended the Newton Salvation Army Church. She enjoyed Facebooking, cooking, baking, reading and puzzles. Dorothy was preceded in death by her parents; her husband Mike on Nov. 15, 2010; her son Hank Britton; and a brother David Mills. Those left to honor Dorothy's memory include a son Ben Britton of Newton; her daughter-in-law Cindy Britton; several step-grandchildren and step great-grandchildren; her seven brothers and two sisters; special friends, Curtis & Kathy Thornhill of Onslow; and her many other friends.