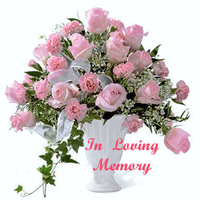 Erma L. Remington, 94, passed away Thursday morning, November 19, 2020, at her home at Park Centre in Newton. Graveside services will be 10:00 a.m., Monday, November 23, 2020, at Union Chapel near Ira, Iowa. {Due to state and federal guidance on gatherings, due to the COVID-19 pandemic, facemasks are required.} Pence ~ Reese Funeral Home in Newton, have been entrusted with the arrangements. In lieu of flowers, and as an expression of sympathy, memorials may be designated in Erma's name. Erma Leah Remington was born October 8, 1926, the daughter of Buril J. and Florence M. (Beals) Norris in Ira, Iowa. She was a graduate of the Colfax Senior High, Class of 1945. On March 25, 1949, Erma was united in marriage to William E. Remington at the North Glendale, CA, Methodist Church. She had lived in Colfax, Glendale, and Tucson, AZ. She retired after 27 years, from Shore Corp. Insurance Company, as the Payroll Supervisor. She attended the First United Methodist Church in Newton. Erma had devoted her life to her husband and friends. She had a brother Max Norris, sister-in-law Florence Norris; and two nieces: Carolyn and Colette. She was preceded in death by her parents; husband William on Feb. 22, 2019; and a sister Marjorie Norris. She is survived by her many good neighbors and friends.